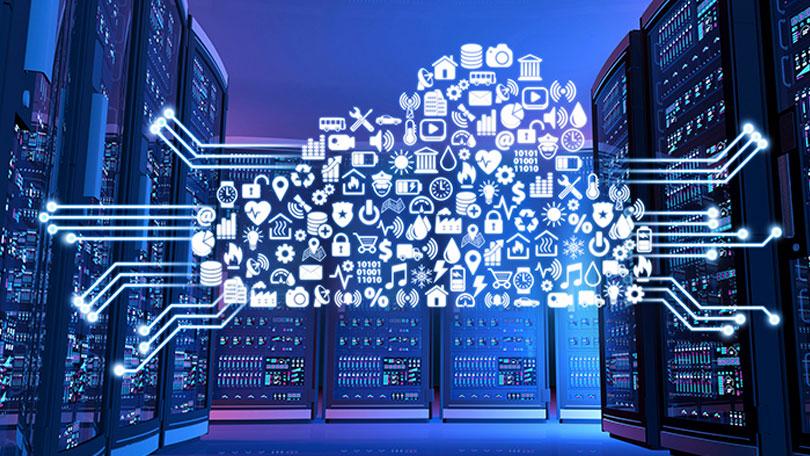 Virtual Private Servers seem very complicated, such a term you may have heard from someone who is in IT, but who absolutely does not say anything to you. While you probably pick the fruits of that technology every day. Large parts of the internet run on technology and in a simpler way than you might think. We explain for a moment.

Every website or app that sends data must get it from somewhere. That is nowadays ‘the cloud’, but the biggest secret of the cloud is that it is just other computers with data on it. All those computers (which are called servers, and are accessible non-stop) are – or rather, hang – together in large racks in a server room. You know the picture:

Running a website (for which a server is mainly used) is far too little work for most of those servers. It depends, of course, on how many visitors / users a site (or app) has, but usually there is always overcapacity on such a device and that is of course inefficient. To solve this problem, the solution was devised to put multiple sites simultaneously on one server: shared servers.

Such a shared server is, compared to a dedicated server (ie one server for one task or site), a lot cheaper for the people who rent a server. The biggest pitfall of a shared server is that if something goes wrong at one site, all other websites on the same server are also the cigar.

Virtual Private Servers (VPS, not to be confused with a VPN that you use to anonymously and securely use the internet) are ideal for solving that problem. This is because a virtual server as the name says does not really exist. Together with other virtual servers – which operate separately – it forms one physical machine. Think of it as a room that is divided among eight people by placing extra walls: everyone gets a part and can do what they want without bothering each other.